It’s been such a long time since I’ve blogged.

I think we need to do a little recap of events that have led me to where I’m at these days. So come with me, let’s take a stroll down memory lane and let us see how we got to where we are.

Well, once upon a time, 15 long (longgg) years ago I was a very overweight girl. Young and stupid (as my much wiser self would say) I opted to “take the easy way out” and have gastric bypass surgery.

Why such extreme measures you say? All I could see was the end result. To be thin. I was twenty years old. I had visions of skinny models frolicking across the beach in slow motion and knew that cutting myself open, ripping out half my small intestine and slicing my stomach in half HAD to be the solution to get me there! Could there be side effects? Nah. After all, a board certified doctor WAS doing the surgery. He said, “You just have to take chewable Flintstones vitamins for the rest of your life and if you can’t tolerate eating something right away, wait a few weeks and try again.” Seemed feasible to my 20 year old brain.
That was the extent of my pre-surgical pep talk, folks. I had no psych eval, no counselling, no nutrition classes, no waiting period. The aftermath was, well, sickening. And by sick I mean I was throwing up and pooping by brains out (a little condition called dumping syndrome) for about a year after surgery. I also lost about half of my hair. I was in and out of the hospital with electrolyte imbalances, iron deficiency and depression. A far cry from the beach babes I’d been envisioning.
Oh! Did I mention that the doctor who did my surgery had more than 21 malpractice lawsuits filed against him for gross negligence and was accused in the deaths of at least 6 people? Here is an article from People.com on that. As well as another article here from the LA Times concluding that the guy paid out over $1.3 million dollars in malpractice settlements.
No, I didn’t get a dime for my pain and suffering but I didn’t file a claim either. Young and stupid remember?
I thank God I’m alive though.
After years of trial and error I learned “the old fashioned way” by eating less and moving more I could keep the weight off. Weight Watchers taught me to keep a food journal and gave me a support group that I so desperately needed. I am very grateful for that.

Still, I felt trapped by the endless tracking and measuring. I was in bondage to counting and weighing myself. I became obsessed with the scale. Calories in, calories out. Oops too many in today, gotta make more come out. I finally asked myself, is this doable for the rest of my life? The answer was simple. No. That was when a good friend of mine suggested I read Dr. Joel Fuhrman’s book, Eat to Live, which had changed her life. After I read it, it changed mine too. My husband, myself and our two young boys were all in. Whole foods, plant based diet. Full throttle and we never felt better! Hands down, the best time of my life for my health.

Then we moved to South Dakota. I guess you could say things really fell apart for the “2012 vegan” in me when we moved there…

The land of beef.
It’s what’s for dinner.
And for lunch.
AND for breakfast and everything in between!
A place where this is what they think food is for people like me… 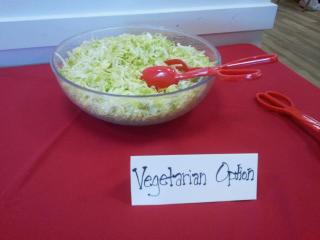 It’s really no wonder why I went back to my old rooted ways while we lived there. Fast forward only 6 months later and I started getting sick. I believe that my body had become so use to a clean, whole foods, plant based lifestyle that once I started eating the toxic food that’s hard to digest (meat, poultry dairy) my body had a severe adverse reaction. We moved back home to California and suddenly I had developed an intolerance to gluten. That’s what I had narrowed it down to at least. That, along with a lactose intolerance I was already familiar with.
Everyday, without fail it seemed, my stomach would swell up like this.

My skin was breaking out with horrible acne and I felt myself slipping back into a deep depression. Suddenly I started experiencing short term memory loss and fatigue. Tests showed that my body was no longer holding onto iron. The doctor told me I had virtually none in my blood and it was amazing I wasn’t passing out from shortness of breath. I was placed on supplements but it wasn’t enough. I had to be admitted for four separate rounds of IV iron infusions.

It was almost as if my body’s immune system (80% of which is in your stomach!) was shutting down. Only two short months after this picture I was hospitalized with viral meningitis for a week and missed an entire month of work recovering from it.

Time has gone by, about a year and a half since that hospital stay to be exact and my health hasn’t improved much. I’ve implemented essential oils and I’m a Wellness Advocate for doTerra. But last Spring I had pneumonia and last Winter I broke my ankle. I was also put on medications to help stabilize my mood and help my anxiety in the Fall. I suffer from horrible menstrual cramps and heavy periods, frequent headaches and I have to take pills to help me sleep at night yet I’m plagued with fatigue during the day. All things I was FREE from when I was thriving on a whole foods, plant based diet.
So what’s taken me so long to come back to the land of the free and home of the safe? Apparently I needed one last hospital stay just to really be sure that life was for me.
*insert sarcasm here*

This is was me three weeks ago. I had a bad batch of Mexican food which caused me to have some serious diarrhea so I thought, hey I’ll take some pepto bismol (like the rest of America does) and go to bed. Good ol’ negligent doc never told me that I should NEVER take that after having a gastric bypass because guess what? It’s like drinking cement for bariatric patients. It can be especially bad for those of us who are allergic to NSAIDs (non-steroidal anti-inflammatory drugs) which I am. It stopped the diarrhea though. It stopped everything. I suddenly looked 6 months pregnant and had stomach pain that was out of this world! I went in to see my primary doctor who sent me for x-rays. Upon driving home I received a phone call telling me to go to the ER immediately because the x-ray results were severely abnormal. NOT the kind of call you want to get. EVER.
Away I went, with my husband and mother. Anxiously we waited to be called in the back of the ER. Not only was I in pain, I was praying no one would ask me why I was in ER when I should be in Labor and Delivery with my pepto baby. Finally, we were called and I ended up seeing 5 different doctors in the ER that night. That’s right. FIVE.
Why? Because they couldn’t decide if I had a bowel obstruction or an ileus and whether or not it could be fixed with or without surgery. After doing labs and a CT scan they decided on an “aggressive cleansing regimen” to try and force any blockage or kink in my intestine (think of a water hose) free. Yeah…those aren’t exactly at the top of the list of things you want to hear a doctor suggest for you to try. In the comfy quaint accommodations of an ER.

They proceeded to pump me full of laxatives, stool softeners, suppositories, made me drink magnesium citrate, just to name a few. I was in the ER for 18 hours waiting for a hospital bed. All the while I was kept on a clear liquid diet that would continue for 3 full days and night. I was miserable.
While I did have some relief, the whole time I kept thinking, “I could have better results on my own using my juicer! Take me to a juice bar! Bring me my Vitamix!“
It was then that it really hit me.
Reyna, you know what to do.
The power to heal yourself is within you.You know what it feels like to be free from medications and sickness. To have boundless energy and joy.
Enough is enough.
That day. The day we left the hospital, our first stop was Robek’s for a juice and a shot of Wheatgrass. If you don’t drink wheatgrass or don’t know why you should. Read this. We all need more.
Then we went to Trader Joe’s and stocked up on plants-the real medicine in this world. 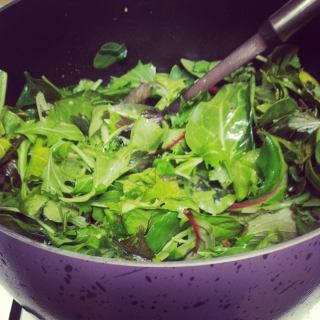 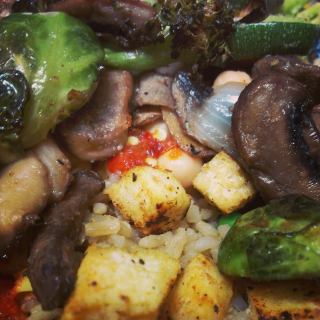 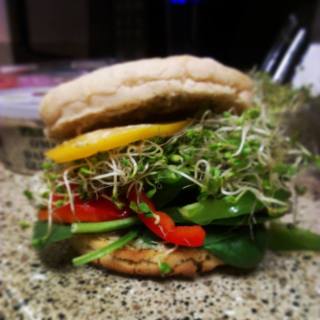 One day after getting out of the hospital, I juiced and ate plants and look at my belly! You can still see the adhesive tape on my poor arms from my hospital stay.

One week later, after eating a whole foods, plant based diet I had so much improvement! I felt amazing! So amazing I signed up and ran my first 5K without stopping! I hadn’t ran that far in over a year!

Just look at my face! My eyes! You can see how much better I feel!
And THEN, two weeks after eating a whole foods, plant based diet my husband and I did our first triathlon! TWO weeks, you guys. No training. We just did it. TWO weeks after being in the hospital feeling like I was ready to die, I did it. With my amazing husband. 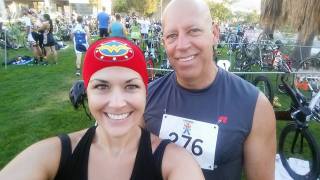 We’re definitely doing this together as a family and as I see it we can only go up from here. I want to share our journey with you. I’m committed to not being sick anymore and letting food be our medicine. Thank you for taking the time to read my blog and follow my story. We can do this together and change the way the world thinks and feels about themselves and what they put in their body. I’m going to keep posting our success and great recipes I come up with that my family loves. I hope you’ll stay tuned.

You have more control over your health than they want you to realize.